All this month, Facebook has been reminding me of the epic blizzards that hit D.C. a decade ago–as if I needed more reasons to feel cranky about Facebook. 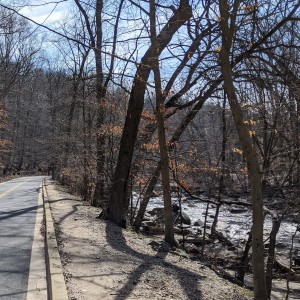 Where February of 2010 saw D.C. get whomped with almost 30 inches of snow in a week, this miserable excuse for a winter has yet to grace my city with an inch of snow total.

I have yet to ski anywhere this season. And with the eroding accumulations at the local ski areas, it looks like I’m either going to have to fly somewhere or hope for a March blizzard to avoid breaking a streak of skiing somewhere and somehow every winter–downhill or cross-country–that dates to 1997.

And what if next year’s winter is just as warm as this one’s? And for every year after? Global warming sucks… and being deprived of local snow sports is one of the least painful elements of this problem we continue to cook up.

Yes, having a Washington winter act more like what passes for that season in the Bay Area has offered some advantages. I’ve biked a lot more than I would expect, including a great ride through Rock Creek Park last Sunday (as seen in the photo above). Our yard is already waking up to spring, with the first lilies already popping out of the ground and arugula and parsley still growing since last fall.

But I’d trade all that for a freeze followed by low clouds dumping six inches of snow all around. Or even four: My cross-country skis are already trashed, so all I really want is an excuse to air them out instead of them collecting more dust in the basement.

Taking a weekday off to go skiing is one of the more underrated perks of working a flexible schedule around D.C. So I enjoyed it Tuesday for the first time since 2015.

When I started freelancing, that was not the plan. Even at the Post, I was able to carve out a personal day a year for the short drive to one of the two closest ski areas, Ski Liberty (about an hour and 15 minutes away) or Whitetail (roughly an hour and 40).

But parenthood, not getting paid unless I write something and the mid-Atlantic’s increasingly chaotic winters confined my skiing in 2016 and 2017 to my neighborhood–courtesy of snow storms that left just enough accumulation for me to break out my already-trashed cross-country skis.

This season’s scant snowfall has lent no hope of even that. But last weekend, I saw that the forecast called for temperatures in the 30s Tuesday–an appointment-free day. I worked for a couple of hours that morning, grabbed my skis, boots and poles, enjoyed the unlikely driving pleasure of a traffic-free Beltway and I-270, and was on the chairlift at Liberty by noon.

Yes, the only snow in sight had been shot out of machines, and 620 feet of vertical goes by quickly. But with no lift lines in sight either, I could easily get get in seven runs an hour. It felt fantastic to realize that the years off hadn’t left me too rusty, test myself on the most difficult runs, then catch a little air coming off bumps. For a day when I would have been happy merely to avoid injuring myself or others, that was pretty great.

After three hours and change with only brief pauses to check my e-mail (of course), I headed back and once again felt spoiled by my commute. Even after sitting in some Beltway congestion, I pulled into our driveway by 5:10, leaving plenty of time to savor the pleasant soreness of this overdue workout. And to wonder what had gone wrong with my priorities the last two winters. 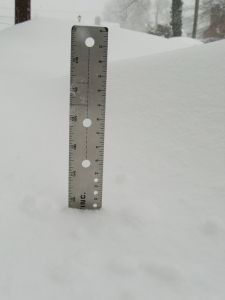 I woke to find about nine inches of snow had accumulated overnight. That’s the most snow we’ve had all season and the most we’ve had in three years–two of which were less like a traditional D.C. winter and more like a colder version of the Bay Area’s rainy season.

As much as I like the Bay Area’s climate, I love living in a place with distinct seasons that include real winters. And no winter is complete to me without a full-on snowstorm that leaves rads impassable, shuts the airports and frees me to play in the snow–because I am basically eight years old at these times.

Today’s snow isn’t in the same league as the historic snowstorms I’ve seen here, but it will have to do. 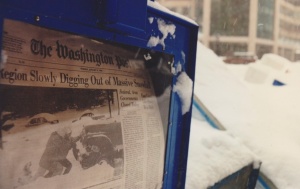 January 1996: This remains a sentimental favorite for how it helped bond me to the District. As the snow started falling, I decided I couldn’t watch it from inside the apartment I’d moved into weeks before. I wandered down from Kalorama to Dupont Circle, made my way to Kramerbooks, bought a copy of Edward P. Jones’ “Lost in the City,” and read his stories of wayward Washingtonians at the bar as the snow laid a hush over my beautiful neighborhood. By the next morning, 17.1 inches had fallen, and I was proud to be one of the few Posties who made it into the newsroom–having walked down the middle of Connecticut Avenue to get there.

The effects of the blizzard lingered for years; later in January, a torrent of snowmelt led a swollen Potomac to flood and tear up much of the C&O Canal, and the Park Service didn’t finish repairing the towpath until 1998 or maybe 1999.

Presidents’ Day, 2003: This could have been a lot more fun. We were in West Virginia to go skiing and should have stayed there. Instead, I was on the losing end of a group decision to head home early. After the long drive home in a blizzard, the first two hours involving too many tense moments on twisting mountain roads, I needed a drink. Instead, I realized there was enough snow on the ground (16.7 inches had fallen) and enough elevation changes in the adjacent blocks for me to finish my skiing without paying for a lift ticket. I enjoyed carving turns around parking meters.

December 2009: This was the first time I could make serious use of the cross-country skis I’d picked up a year or two earlier. I enjoyed “Snowpocalypse” by clocking about six miles through the streets of Arlington, finally turning around on the Fairfax Drive onramp to I-66 after I’d spent a few minutes contemplating a snow-covered highway devoid of cars. I ate well that night! The next evening, I took my downhill skis to a nearby park, where the 16.4 inches of snowfall had turned a series of steps into a miniature jump.

This was also the first snowstorm where I both had a digital camera to document the scenery and a choice of social-media sites to share those photos.

February 2010: Washington’s most epic winter ever continued with a pair of blizzards–one depositing 17.8 inches, the second running up the score with 10.8 inches–not even half a week apart. The first day after “Snowmaggedon,” I spent almost five hours cross-countrying as far into the District as Rock Creek Park–in the process, checking “cross the Key Bridge in a car, on a bus, on a bike, on foot, and on skis” off my bucket list. A day later and considerably more sore, I ventured out again and inspected some impressive snow architecture on the Mall.

I wasn’t the only person doing a lot of urban skiing at the time. Some crazy kids in Pittsburgh put together an amazing video of them skiing and snowboarding down Mount Washington, among other unlikely spots around the city. Seriously, just watch it.

1/16/2014: Now that I finally uploaded a few dozen photos from the 2009 and 2010 snowstorms to Flickr (I’d only shared them on Facebook at the time, for reasons I don’t entirely remember), I embedded a slideshow of them after the jump.

END_OF_DOCUMENT_TOKEN_TO_BE_REPLACED

The coldest January Washington’s seen in almost 20 years is finally coming to a close, and it may even crack 50 degrees over the weekend. That makes this a good time to go over some lessons learned over the past few weeks of polar vortex-level chill. 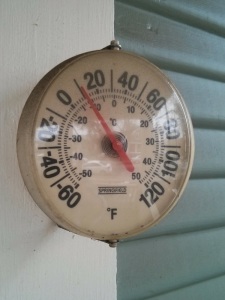 • Pipes can and do freeze in these conditions. If you’re really lucky, the burst pipe is almost directly over the sump pump, the plumber lives in your neighborhood, the repairs only run $600 and change, and your power tools still work after being rained upon indoors.

• Even after living nine and a half years in a 94-year-old house, you can still discover new leaks that let cold air seep into the basement.

• It’s easier to spy the biggest of those gaps from inside the basement when the ground is paved with snow and the sun’s shining down on it.

• Your mother was on to something when she told you to wear a hat any time you go outside in the winter.

• Thermal underwear generate a crazy amount of static electricity that, when layered under khakis, causes them to wrinkle in weird ways. Which I am okay with, given the circumstances.

• The less-than-stylish flannel or fleece-lined pants you can get from L.L. Bean and elsewhere are a good thing to have bought before this month.

• Capital Bikeshare still works in the cold–and since biking provides more exercise than walking, you can warm up a little in the process. But fitting a helmet over a warm hat is difficult. 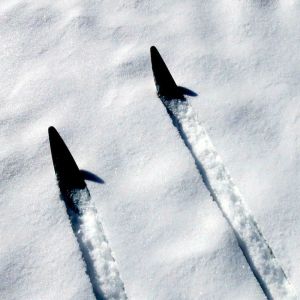 • Cross-country skis work even better–and when it’s this cold, the snow makes a delightful sort of squeak. (Pity the roughly four inches we got on the 21st only allowed me to do laps in a nearby park instead of, say, skiing across the Key Bridge like I did after the “snowpocalypse” of 2010.)

• The Potomac River frozen over is a beautiful sight. Try not to miss it.

• Working from home when it’s below 15 degrees outside constitutes an excellent excuse to make a grilled-cheese sandwich for lunch (jazz it up with a little caramelized onions or sautéed apple slices) and wash that down with hot chocolate.