I’ll be spending two days in Philadelphia at the end of this week to attend the Online News Association’s Insights conference there. It’s been more than two years since I’ve met most of my ONA pals, but it’s also somehow been more than 10 years since I last set foot in Philly–and that previous visit only consisted of a connection in PHL on my way home from my final business trip for the Post.

My editor suggested I take a closer look at the big three carriers’ plans to deploy standalone 5G–meaning connectivity that doesn’t lean on a carrier’s 4G signal to set up the connection–and that proved to be an excellent suggestion.

In much of the rest of the world, Monday’s Facebook outage would be more accurately described as “Monday’s WhatsApp outage.” I used this post to recap how aggressively Facebook has worked to cement WhatsApp as an e-commerce foundation in markets like India–sort of like WeChat, but not operating subject to the Chinese Communist Party.

Seatrade’s Holly Payne wrote up the second panel I moderated last week at their conference in Miami Beach.

AJ apparently was not tired of my insights about Facebook, so they had me on a second time to discuss the Wall Street Journal’s recent reporting about Facebook studies that found Instagram left a dent in the self-image of about a third of teenage girls.

I rejoined my industry-analyst friend’s podcast to discuss, among other things, Facebook whistleblower Frances Haugen’s testimony on 60 Minutes and before the Senate’s Commerce, Science and Transportation Committee.

I returned to the conference at which I spoke IRL in 2019 and virtually in 2020 to interview Chargebee CEO and co-founder Krish Subramanian about how to run a startup for the long term.

10/8/2021: Microsoft: Digital Attacks Are Getting Worse, Russia Bears Much of the Blame, PCMag

AJ called upon me yet again to discuss the Guardian’s report that the Israeli spyware firm NSO blocked its Pegasus software from targeting the U.K.’s 44 country code, an apparent response to Dubai’s ruling sheikh using NSO’s tools to go after his ex-wife and her lawyer in Great Britain. My responses were heavily informed by a Washington Post investigation published in July that showed NSO had no hangups over selling its services to such repellent customers as Hungary’s authoritarian regime. 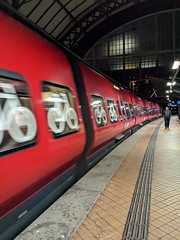