With Monday’s news that Apple is finally retiring the Mac version of iTunes, there’s been a lot of “good riddance” chatter about the impending demise of this music/video/download-store/backup/kitchen-sink app. 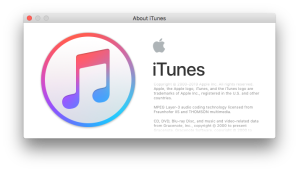 I get it. For years, iTunes has been a glaring example of Apple forgetting one of Steve Jobs’ rules about the importance of saying no to things. But I also have a long history with this program–I’ve been using it continuously for as long as I have any app, maybe longer. And it hasn’t been all bad.

It’s easy to forget today how bad the music-player landscape was before iTunes, full of apps deliberately limited in features and larded with upsells. If you wanted something decent, you had to pay for it upfront–the app that became iTunes, Casady & Greene’s SoundJamp MP, was a $40 download.

And even after iTunes arrived, competitors didn’t take the hint. Typical headline, from a 2006 review of Microsoft’s Windows Media Player 11: “Nice Features, But It’s No iTunes.” So when I finally set aside time to rip every CD I owned, iTunes did the job. And it was through iTunes that I bought the vast majority of my music downloads–and then paid $25 for iTunes Match to get legit copies of the MP3s I’d downloaded off Usenet newsgroups and file-sharing apps in the days before paying $1 a song was an option.

Most of two decades since my introduction to this app, I no longer use one of its original flagship features, easy music sync. I don’t own an iPhone, and since Apple has held fast to ignoring other mobile devices in this app, I copy the songs I want to store on my Android phone via the Finder.

The new Music app that will replace iTunes may be just as good at the core tasks of music organization and playback, but I won’t know for a while. The iMac on which I’m typing this–kept in service largely because I replaced its sluggish hard drive with a solid-state drive last year–can’t even run the current Mojave edition, much less the upcoming Catalina.

And iTunes for Windows will remain–but that app looks like such a stranger in Windows 10, I can’t deal with it. Instead, it looks like I’m stuck with two other choices with their own issues: Microsoft’s Groove Music, effectively retired after a series of feature removals, and the privacy-hostile Spotify. It looks like Apple isn’t the only large tech company that needs to reboot its desktop music-player strategy.