I filed one of this week’s three stories a few weeks ago, but it finally began making its way to the screens of readers yesterday. Starting a new column can be like that sometimes.

I’d started writing this post in my head even as I was composing the prior week’s post for Discovery News on the same topic. This time around, I took a broader look at the regulatory and cultural background of the National Transportation Safety Board’s proposal to ban all non-emergency phone use by drivers (including an admission of my own past offenses). I hope it’s clear from the closing paragraphs that I’m not trying to beat up the NTSB here and agree that it has a point in wanting to discourage in-car phone use; I just don’t think that this is a problem that can effectively be solved with a new law.

I’ve thought of writing an essay about this question for a while. I’m fascinated by the ways our analog culture adapts to digital advances, and in this case we haven’t come to any conclusion on how, exactly, we’re supposed to put a ribbon on a string of ones and zeroes–assuming we want to retain some of the traditional ritual of gift giving. Now that I’ve written that essay, though… meh. I feel like I didn’t quite pin down this topic. Writing a thumbsucker of an essay can be like that sometimes.

My first tech-help column for USA Today’s site–what you could think of as the freelance rebirth of the Help File column and PostPoints Tip e-mails I wrote for my former employer–covers two perennial topics in any tech-support feature, Facebook and Android. This week’s tip involves using the “Close Friends” and “Acquaintances” categories Facebook added a few months back to get a better grip on your privacy on the social network; the Q&A section revisits a longstanding weak point of Google’s mobile operating system, its lack of an easy, obvious music-sync option to iTunes. 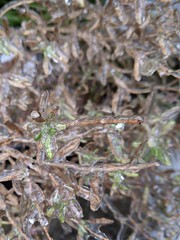