Two of this week’s posts involved other people’s stories–either adding context to them or critiquing the storytelling itself. (I also filed one post and a podcast for CEA, but they haven’t gone up yet. I’m blaming the fact that it’s August in D.C.)

After reading Wired writer Mat Honan’s Tumblr post about how hackers had hijacked his iCloud and Twitter accounts, deleted his Google account and remote-wiped his iPad, iPhone and MacBook Air, I wanted to know how such a thing could be possible. After reading his explanation of the hack on Wired.com, I wanted to write about it myself–both to yell at Amazon and Apple for their (now fixed) security flaws that enabled the hack, and to remind readers of what they can to prevent the same thing from happening to them. It helped to talk to Honan over the phone on Tuesday morning and hear the stress and anger in his voice. (I enjoy Honan’s work, and he and I were on a radio show once, but I don’t think we’ve met face to face.)

8/8/2012: How Mike Daisey retooled The Agony and the Ecstasy of Steve Jobs, Ars Technica

Some 17 months after I first saw Daisey’s monologue about Apple, I returned to the Woolly Mammoth Theatre Company in downtown D.C. to catch the 2.0 version, stripped of the material he fabricated earlier about Apple’s outsourced manufacturing in China. This was the first time in years that I’d taken notes on a paper notepad (the prior item in this one was a set of questions I jotted down for a video interview with Steve Wozniak I did for the Post in late 2009).

It was also the first time in a while that the subject of a review wrote back to me. Maybe an hour after this post went up, Daisey e-mailed to contest my interpretation. He said I made him sound too trusting in the New York Times’ reporting and didn’t give him enough credit for addressing some of the related issues I mentioned in this piece in the program handed out to attendees. I replied that those were my reactions, as jotted down in real time in the dark; they may not be a correct interpretation, but the review is supposed to reflect what I thought at the time.

Meanwhile, the vast majority of the comments from Ars readers were far less sympathetic to Daisey’s case.

I thought a reader’s question about whether he could suspend his Internet, TV and phone services while away from home would make for a nice, easy, “it’s August in D.C. and nobody wants to work too hard” item. Wrong. Some telecom firms have multiple policies that vary by region. The piece also reminds readers that the “Free Public WiFi” hot spot you might see is an artifact of a patched Windows XP bug. (Yes, you’ve read that from me before: I covered it in a 2009 article for the Post.)

The research for one of this week’s posts began last year. For another, it started sometime in the early 1980s, when my brother and I were allowed to open presents on Christmas Eve for the first time ever–on account of the Atari 2600 under the tree.

I had high hopes for “The Art of Video Games” exhibit at the Smithsonian Institution’s American Art Museum. But between the absence of some memorable titles (seriously, y u no have Tetris?!), and the lack of attention to such cultural aspects as the game industry’s reliance on sequels, “TAOVG” felt a little thin. I did, however, still enjoy playing a vintage copy of Pac-Man–and getting congratulated by a 10-year-old after clearing the first board.

This post on outsourced manufacturing is the one that I’d meant to write earlier, then got delayed long enough to have Mike Daisey’s fabrications uncovered. In equally fortuitous timing, the Fair Labor Association released its report about conditions in Foxconn factories two days later. It documented abuses of overtime regulations, among other problems, but also drew public commitments from Apple and Foxconn to fix them–pledges that each will have a hard time ducking after all this publicity.

Because I’m kind of a data nerd (and because I realized the other post I was working on could easily be held for later), I wrote about Google’s new Account Activity reports. These detail your use of a few of the Web giant’s services–just the thing for people who keep refreshing their Foursquare stats page.

This post explains a News Feed graphical mismatch in Facebook’s iOS app that was supposedly fixed by an update that should have arrived Friday night but still isn’t in the App Store as I write this Sunday night. That’s some strange latency, especially on top of the four days it apparently took Facebook–of all the companies!–to get this bug-fix release okayed by Apple. The rest of the column advises backing up the recovery partition on your computer’s hard drive, something I finally remembered to do before installing the Consumer Preview release of Windows 8.

In retrospect, I’m glad that I thought to take a slightly skeptical tone in a blog post about my reaction to Mike Daisey’s “The Agony and the Ecstasy of Steve Jobs,” which I saw him perform at D.C.’s Woolly Mammoth Theatre last April.

In the play, he describes such unconventional, perhaps implausible research techniques as standing in front of mega-contract manufacturer Foxconn’s factory gates before armed guards and soliciting workers’ testimony at the end of their shift, then posing as an American executive looking for a new outsourced manufacturer.

My skepticism was well-placed: Daisey lied about how he got these stories, in some cases making up sources.

Rob Schmitz, Shanghai correspondent for American Public Media’s Marketplace, uncovered these fabrications in a story posted Friday that led This American Life to retract January’s “Mr. Daisey And The Apple Factory” episode. TAL (produced by Chicago public-radio station WBEZ, distributed by Public Radio International, and a favorite on the radio in our car) is devoting this weekend’s episode to unpacking how it bought Daisey’s story.

(3/17, 1:04 p.m. I listened to that episode late last night, and you should too–or at least read the transcript. The dead air between some of host Ira Glass’s questions and Daisey’s measured answers are some of the most uncomfortable moments I’ve ever heard on radio. Oh, and it turns out that Daisey fabricated more than just sources.)

In a blog post this afternoon, Daisey defended his monologue as using “a combination of fact, memoir, and dramatic license to tell its story” but expressed “regret that I allowed THIS AMERICAN LIFE to air an excerpt from my monologue.” Schmitz’s story quotes him as explicitly apologizing for lying to TAL’s fact-checkers.

It’s an appalling turn of events all around. Making things up is the worst sin you can commit in journalism, worse than plagiarism and multiple levels worse than simple sloppiness with facts. It will get you excommunicated from the profession, then it will tar your employer and your colleagues for years to come.

But in this case, Daisey’s fabrications also gets in the way of an unpleasant reality that his flawed work helped publicize: Some of the gadgets that we use are made under conditions we would never endorse. The New York Times’ in-depth reporting from China documents this. (Yes, my client the Consumer Electronics Association has an interest in this; see this Investor’s Business Daily op-ed by CEA president Gary Shapiro, in which endorses stepped-up efforts by vendors to enforce labor standards after saying he was “horrified” by two earlier visits to Chinese factories.)

I’d planned to have written something about this myself before I got sidetracked by some other stories. I suppose it’s good that this delay rescued me from placing too much trust in Daisey’s testimony. But if his errors lead to people concluding this entire issue has been overblown… well, another one of Daisey’s monologues is titled “How Theater Failed America.” 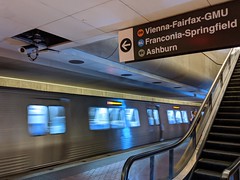 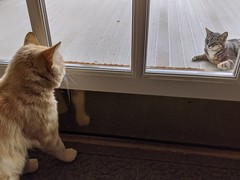