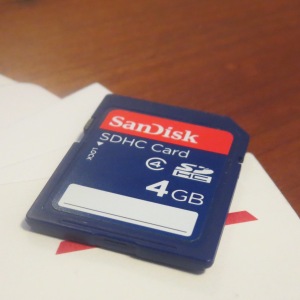 I’m through the worst of what I’m not-so-fondly calling Conference Month, and all of this travel is reminding me of the tasks that await each time I come home and finish unpacking.

As I write this, there’s a stack of business cards on my desk and several dozen pictures in iPhoto that have not been edited, geotagged, captioned or shared. And I only have five days before my next work trip, the Online News Association’s conference in Los Angeles, so you can imagine how well this is going.

Conference organizers, maybe you could find other months to host your events?

This week allowed me to cross one tech-related item off my bucket list: operate a soldering iron without injury to myself or anybody else. More on that later…

Facebook’s decision to make Android and iPhone users of its regular app install a separate Messenger app to continue chatting with their pals is not earning many Likes. This post compared that move by Facebook to Foursquare moving check-ins to Swarm–but now that Foursquare has shipped a complete rewrite of its core app that reinvents its privacy model, I don’t mind that split as much.

Remember when Facebook was going to reinvent e-mail? Yeah, that was awesome. Consider this post my own penance for all the words I wrote about Facebook Messages back in 2010.

I had planned to use Evernote’s card-scanning feature to dispatch all the cards cluttering my desk, then decided I might as well try to sell a review of the experience. If you were wondering about the creature with the oversized eyes shown up close in the app in my photo, it’s a tarsier on the card of O’Reilly Media founder Tim O’Reilly.

8/8/2014: Can Europe Force Search Engines to Censor Information You’re Looking for on the Internet? Assessing the Right to be Forgotten, Congressional Internet Caucus Advisory Committee

I enjoyed debating the European Union’s dubious doctrine with Internews’ Mike Godwin, Future of Privacy Forum policy counsel Joe Jerome, Emma Llansó of the Center for Democracy and Technology, Intel global privacy officer David Hoffman, and moderator Michael Kubayanda. Courtesy of Congress being on recess, this was broadcast on C-SPAN–C-SPAN 1, even.

8/10/2014: Windows can do wireless displays, but watch for glitches, USA Today

Only five days after a reader asked me about this on Twitter, my column answering that query ran. Not unrelated: I’m still awaiting answers on the other topic I’d pitched to my editor, so it was this topic or nothing.