Total CES PR pitches received this week: 119 (not counting e-mails from the Consumer Electronics Association itself). 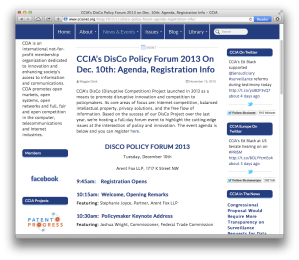 At the Disruptive Competition Project’s one-day conference, I quizzed one of the few representatives in Congress with a tech-startup background (he co-founded the e-greeting-card  site bluemountainarts.com) about issues like patent reform, NSA surveillance, immigration policy, and the secretive Trans-Pacific Partnership trade agreement. Left unanswered: Why I still get all of my Christmas cards in paper form.

Another busy hour of debating the finer points of tablet usage. I realized halfway through that I should have been performing my chat-host duties on a tablet instead of a tablet–not for intellectual-integrity reasons, but because I was eating lunch as I typed, and it’s easier to wipe crumbs off a screen than to brush them out of a keyboard.

The major wireless carrier’s agreement to unlock paid-up phones–and to tell their customers when they’ve unlocked that option–has some serious limits, but it still represents a remarkable reversal of where we were 11 months ago, not to mention five years ago.

A reader asked a simple question–how do I know if my laptop will charge my phone when asleep–that did not have a simple answer. The column also includes a reminder to check your laptop’s touchpad settings.

On Sulia, I questioned a dubious cable-industry Web ad campaign, shared details of a conversation I had with FreedomPop’s COO about my tepid review of its service, decried the communication breakdown behind Twitter’s quickly-reversed weakening of its “block” feature, pointed readers to an interesting password-testing site mentioned at NCL’s ID-theft conference, and denounced the idea of Sprint angling to buy T-Mobile. 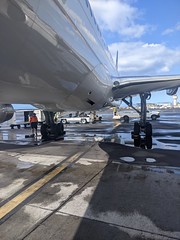 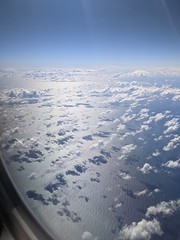