I thought Tuesday’s Yahoo Tech column about stores blocking Apple Pay and other NFC-payment apps would provoke some emotional reactions from angry iPhone users. I was wrong.

nstead, the comments thread, Twitter and my inbox lit up with denunciations of me for being an Apple shill. One typical tweet: “Pathetic apple fanboy. You’re not fooling anyone. How much did apple pay you for that trash?” Another Twitter interlocutor suggested I get Ebola, providing me an overdue opportunity to try Twitter’s block function.

In e-mail, where you don’t have to worry about what onlookers think of your foaming at the mouth, things were even less civil. One fellow whose e-mail signature identified him as a technology consultant decried my enabling “Apple Octopus pot culture,” whatever that is. A particularly incensed reader managed to drop seven f-bombs into the first four sentences.

And all of this was about a column that explained how blocking NFC inconveniences Android and Windows Phone users as well as anybody with an iPhone 6 to 6 Plus, and which led off with a photo of my own Android phone getting rejected at a CVS.

But no, basic logic or reading comprehension isn’t necessary when one is in the grip of Apple Derangement Syndrome. And expecting readers to take a minute to learn that I’ve never owned an iPhone and am responsible for gracing the Washington Post’s site with the sarcastic query “why does Steve Jobs hate America?”… man, that’s just crazy talk.

Apple has always had people who dislike its products and its attitude, but this full-on, frothing hate seems a more recent development. I can only guess that’s because if you think this phenomenally successful company really will take over the world, it must be stopped by any means necessary and you can’t wait a second longer to act.

I’ve seen the same thing happen with Google many times, most recently when a German media exec suggested the gang in Mountain View applied, I kid you not, North Korean media-manipulation techniques. And only a decade ago, Microsoft Derangement Syndrome was much more of a thing than it is now.

You’re never going to please everybody in a job like this.; sometimes you intensely displease somebody. And so Tuesday’s Yahoo Tech column unpacking Apple’s WWDC announcements yielded an e-mail Wednesday from a reader with the subject line “Hater.” Here we go, I thought:

You are such an Apple-hater, it’s disgusting. I’m glad the Washington Post fired you. Your tech coverage sucked there. I stumbled across you today on Yahoo. Now I’ll know where to avoid you in the future. 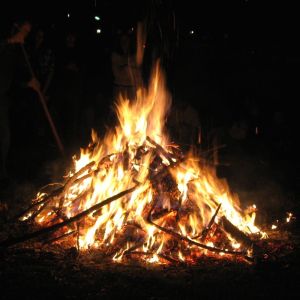 That kind of spittle-flecked invective goes by the name of “flaming” (or at least it once did; what do the kids call it these days?). Fortunately, it arrives exceedingly rarely and is vastly outnumbered by non-flame mail. The very next e-mail from a reader Wednesday began: “Glad to have found you on Yahoo Tech. I used to look forward to your Washington Post columns.”

(Note also that my possession of a Y chromosome makes my inbox easier to deal with. As in, I don’t have cretins expressing their disagreement with rape threats.)

And yet. A message like that requires some sort of response, and one of my character flaws is the pleasure I take in crafting a politely snarky reply–one that can withstand publicity if my cranky correspondent thinks posting it online will help his cause. So after reciting a certain line about customers from “Clerks,” I wrote back to note my history of buying and using Apple products (see, I’m a self-loathing hater!) and of complimenting them when warranted. I closed with an observation and a suggestion:

But my overall evaluation of this company’s work—or any other’s—is not a binary state. I am capable of appreciating some things it does while finding fault with others to come up with an assessment that’s neither 0 nor 1 but somewhere in between. I’m sorry you seem to be having trouble with that concept.
BTW, if you’re going to accuse somebody else of being a “hater” you might not want to delight in another person’s unemployment.

Will it persuade my reader? Maybe. About half the time I send back a civil response, the other person realizes they were talking to a fellow human being, not a thumbnail image on a Web page, and apologizes. The other half of the time, there’s no response. We’ll see how this one goes…