Researching the second item in this week’s roundup reminded me at length of how much I miss going to large tech trade shows like CES and IFA to assess new gadgets in person. Seeing a new laptop, tablet, smartphone or any other device in a canned online presentation is a weak substitute for a hands-on inspection, and I look forward to the time when I can resume that part of my work.

I’ve now been on my industry-analyst pal’s podcast enough times with the same two fellow tech journalists–Stewart Wolpin and John Quain–that Mark decided to make us regulars. This week, we discussed a topics ranging from the new federal subsidies for educational broadband to the Apple event that was supposed to happen this week, and we also ventured a few predictions. In addition to the audio above, you can watch the video version in the YouTube embed below.

This project followed the lines of the password-managers guide I helped write over the winter: After editors picked a set of contenders to cover, based on a reading of third-party reviews, I wrote profiles of each of them. (As in, you should not read the rankings here as my own judgment.) In this guide, I covered Apple’s Macbook Air M1 and MacBook Pro 16-inch; Asus’s Chromebook Flip, ROG Zephyrus G14, VivoBook S15, and Asus ZenBook 13; Dell’s XPS 13 and XPS 15 9500; Google’s Pixelbook Go; HP’s Elite Dragonfly, Envy x360 13-inch, and Spectre x360 13-inch; Lenovo’s Chromebook Duet and ThinkPad X1 Carbon; and Microsoft’s Surface Pro 7. My contributions here also included a piece on what to consider when shopping for a laptop and a Chromebook-basics explainer.

3/27/2021: The Paper-To-Pixels Workaround Activists Want To Use To Keep Libraries Online, Forbes

“CDL” isn’t just shorthand for a commercial driver’s license; it’s also an abbreviation for Controlled Digital Lending, a framework for libraries to digitize printed books they own and then loan out those ebook copies on a one-for-one basis. 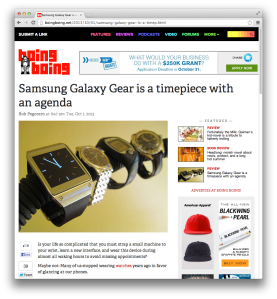 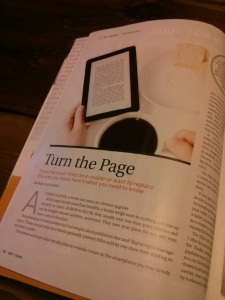 (Since a site redesign at the Consumer Electronics Association resulted in the posts I wrote for CEA’s Digital Dialogue blog vanishing, along with everything there older than last November, I’m reposting a few that I think still hold up. This one ran on April 17, 2012; since then, sci-fi publisher Tor Books–a subsidiary of the Macmillan publishing conglomerate–has gone DRM-free, but most of the industry has yet to take that step.)

Even if you’ve been following the e-books story for the past five years, it can be hard to define the heroes and villains of that plot.

First Amazon was the innovator, liberating us from paper with its Kindle. Then Apple was going to upend things with the iPad’s iBooks app and store. Now the Department of Justice says that the real problem is an unholy union of the publishers and Apple. 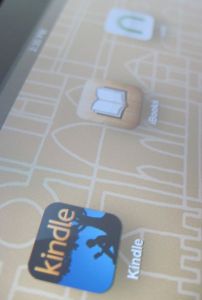 The first three publishers have already agreed to a settlement that will block “most-favored nation” clauses that prevent e-book stores from discounting titles while allowing them to place other limits on the sale of their work. Meanwhile, Macmillan, Penguin and Apple continue to fight the suit.

It’s an immensely complicated issue, colored to a large degree by who you think is more evil. Is the problem the big publishers targeted by the DoJ’s suit, who allegedly colluded over dinners in expensive Manhattan restaurants? Or is it the gigantic Seattle retailer, which both controls a huge share of e-book sales and has been getting into the publishing business itself?

But the basic issue at stake here is not complex: ensuring vigorous competition in e-books that eliminates the need for court battles and consent decrees. And in that context, you can’t ignore how publishers have not just given Amazon a tool to build a monopoly but required its use.

This is the “digital rights management” restrictions required by publishers on e-book titles sold through all of the major online outlets–not just Amazon’s Kindle Store but also Barnes & Noble’s Nook store and Apple’s iBookstore.

DRM is supposed to stop unauthorized copying and sharing by making a copyrighted work playable, readable or visible only on authorized products. It’s not always a huge annoyance: DVDs and Blu-ray discs employ standardized–if easily circumvented–DRM that doesn’t limit you to player hardware or software specifically approved by a movie studio.

But in the world of digital downloads, DRM usually locks the “buyer” of a DRMed item into using only one vendor’s hardware or software.

(The scare quotes are necessary because the license agreements for many DRMed items stipulate that you don’t actually own those downloads.)

If you want to keep your future hardware and software options open, this favors doing business with the e-book store that offers the most DRM-compliant reading options.

Considering that evidence, where do you think somebody ought to shop?

DRM can’t solve this problem, any more than any form of DRM tolerable to home users can abolish copyright infringement. But ditching it would erase the equation. If you could buy an e-book in a standard format that, like an MP3 music file, would be playable on current and imaginable future hardware, it wouldn’t matter which store sold it. There would be no lock-in; each sale would would not weigh so heavily on the next.

(As I wrote last spring, not having to worry about DRM-induced obsolescence would also vastly increase the odds of me buying e-books at all.)

The music industry figured this out years ago. Giving up on the DRM dream enabled a thriving competition between Apple, Amazon and other vendors of digital downloads, with no lock-in beyond the relative difficulty of syncing music from iTunes to a non-Apple device.

Other observers of the e-book business have been making the same call on personal blogs and on tech-news sites. One publisher, Hachette, may even be paying attention, as PaidContent reporter Laura Hazard Owen wrote last month.

But in much traditional-media coverage of digital content, DRM remains the lock that dare not speak its name. You can read a thousand-word piece about the slow market for movie downloads that notes a “lack of interoperability” without ever explaining why–or even using that three-letter abbreviation. Many of last week’s stories about Amazon, Apple and book publishers miss this point just as badly. And if we can’t properly identify this issue, we certainly can’t fix it.

NEW YORK–I did a day trip here yesterday to cover Amazon’s introduction of its new Kindle Fire and Kindle Touch tablets (if you were curious, getting up for the 6 a.m. Acela was as unpleasant as I expected). Since Discovery didn’t ask me to liveblog the event itself, I decided to use Twitter to post my real-time recap instead–something I haven’t had the luxury of doing at a tech event in a while. 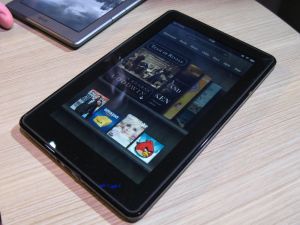 That worked well–it’s a lot easier to share a photo with Twitter’s smartphone apps, for one thing–but live-tweeting also suffers from vanishing down Twitter’s timeline in the days afterward, not to mention requiring any later readers to read them in reverse.

So I used Storify to embed all of my tweets from Amazon’s event in conventional chronological order–minus a few replies to people asking about non-Kindle topics, plus a few photos I would have shared had I taken them with a phone instead of a regular camera. I had, perhaps, foolishly, thought I could simply embed the results after the jump here–but no, that doesn’t appear to be a supported feature, and my attempts to post the archive here through one of Storify’s publishing options didn’t work either. So you’ll have to read that archive at Storify.

(Dear Storify and WordPress.com management: Please figure out how to get your sites to play nicely with each other. It would also help if I could block-select tweets in Storify instead of tediously dragging them over into a story, one at a time. Until both those things happen, I think I’ll give Storify a rest. Readers: Am I missing some easier way to do things? I know WordPress embeds tweets quite well, but it doesn’t do the same with pictures shared through Twitter.)

Anyway. Note that there’s an error most of the way down; I wrote that the Kindle Fire has a microphone when it does not. Note also that this adds up to a lot of text—1,014 words, by my count.

Too much to read? My recap at Discovery News only runs about 500 words. Don’t want to read at all? You can watch my appearance on the local Fox station Thursday morning to discuss Amazon’s news. That clip’s too short? Amazon posted a 51-minute video of the entire event on YouTube.