This week’s wins by Democrats in Virginia’s House of Delegates and Senate will relegate Republicans to minority status in Richmond and open up progressive possibilities that have been stalled for decades.

But while I look forward to seeing my state pass overdue gun-control legislation, allow localities to scrap Confederate memorials, ratify the Equal Rights Amendment, and promote renewable energy instead of coddling the coal industry, I won’t be writing my state delegate and senator about those issues. 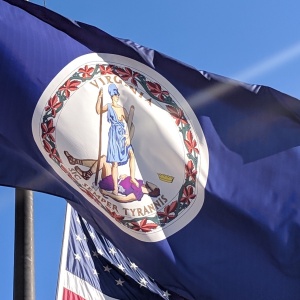 Instead, I will ask them to enact a strong anti-SLAPP statute.

SLAPP stands for “strategic lawsuit against public participation,” which is a concise way of saying “jerks filing defamation lawsuits to make their critics shut up or go bankrupt.” My friend Mike Masnick got hit with one in 2017 for writing at length and with gusto on his Techdirt blog that Cambridge, Mass.-based computer scientist Shiva Ayyadurai did not invent e-mail as he’d claimed.

Ayyadurai–whom independent reports have confirmed did not invent e-mail–responded to Masnick’s exercise of his First Amendment rights by having Gawker-killing lawyer Charles Harder file a $15 million defamation lawsuit in the U.S. District Court in Boston.

Judge Dennis Saylor dismissed Ayyadurai’s defamation claims, but the suit didn’t get settled for another 18 expensive months–and while Masnick didn’t have to pay a cent to Ayyadurai, he did have to pay his lawyers. He’s described the experience as “harrowing,” and the risk of the same thing happening to me constitutes a low-level source of existential dread.

Strong anti-SLAPP statutes such as those in California and Washington, D.C., let defendants short-circuit this attack by filing a motion to dismiss that stops the potentially expensive process of discovery and requires action within weeks. Virginia’s anti-SLAPP law starts with the right principles but does not include those protections.

Amending it to allow journalists, activists and other citizens voicing opinions to quash attempts to litigate them into bankruptcy would defend free speech in one of the places where it started. And it shouldn’t have to be a partisan issue: The last attempt to pass a federal anti-SLAPP statute, the SPEAK FREE Act, came from a Texas Republican, then-Rep. Blake Farenthold, in 2015.

That bill drew support from liberals and conservative groups before dying in a subcommittee, much like too many good ideas have in Richmond over the past 25 years. We ought to be able to do better now.