Something bizarre happened at this year’s CES, my 19th in a row: Neither my laptop nor my phone ever got into the red-line zone that leads me to start frantically searching for a power outlet.

My phone is only a few months old and so offers much better battery life than its predecessor, but my laptop is the same old MacBook Air I’ve had since 2012. Maybe I’ve learned something about power discipline; maybe the butt-in-chair time required to write all the stories I owed to various clients ensured sufficient opportunity to keep my devices topped off.

I’m going to go with the second explanation.

Also strange: I never needed to break out the travel power strip I always bring to CES.

I did have one lesser power scare: I left my phone’s charger in a restaurant, and it’s not like I can count on random passerby having a USB-C charger. Fortunately, I’m not a complete idiot and had an extra USB-C adapter cable on me, and the restaurant’s staff found the charger and had it waiting at the hostess stand when I stopped by the next evening.

But while the electrons may have been obliging for once, other tech annoyances persisted. OS X’s curiously inept multitasking left my laptop locked up by runaway browser processes more than once (does the phrase “Safari Web Content” make your blood boil too?), while my phone twice showed a no-SIM-present error that I elected to dispel with a reboot.

Bandwidth was mostly fine except for Thursday, when neither my phone nor the two LTE hotspots I’d been testing as part of an update to a Wirecutter guide could get any useful bandwidth in the Sands. I had to camp out on a chair next to a loading dock to get back online.

The Nexus 5X’s camera was a massive upgrade over the Nexus 4 imaging hardware I carried last year, but I still took the bulk of my photos with my aging Canon 330 HS. I’m pretty sure that this is my last CES with this camera–although it still takes better photos overall than my phone, its lack of a built-in panorama mode is annoying, and I’m sick of invoking its photo-plus-video “Hybrid Auto” mode by mistake.

While I’m figuring out what camera will replace this Canon, I also need to think seriously about the software I use on my computer to edit and share pictures taken with a “real” camera. Apple’s Photos is a good image editor, but as an organizer it’s awful. Because its broken sharing feature ignores photo titles and descriptions when uploading images to Flickr–and because you can’t right-click a photo in the app to jump to its Finder folder–I had to export all 74 shots in my CES album to the Finder, then drag and drop them into Flickr from there.

If Apple doesn’t fix this app, I need to use something else. But what? Please share your own suggestions–and no, I’m not going to buy Photoshop for this–in the comments. 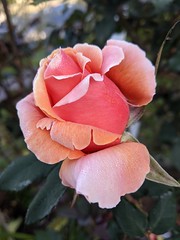