A few items I’ve been working on for a while finally made their debut this week, making me seem far more productive than I really was.

I tried three smartphone apps that let you book and pay for a taxi–Uber, Taxi Magic and myTaxi–for The Atlantic’s urbanite blog. Note the comment I left to pass on an update and a clarification about myTaxi and Uber.

TV Land ran me up to New York in early April to record a few segments about TV-viewing upgrades for its interview series. If you watched Monday’s run of “Everybody Loves Raymond” on that channel, you could have seen all of them; there’s a condensed version of host Leila Sbitani quizzing me at the link above.

I reviewed Samsung’s latest Android smartphone. In retrospect, this post was a little too harsh about the Galaxy S 4’s camera and not harsh enough about its keyboard and the counterproductive behavior of some of its gesture-control options. You can read some interesting feedback about this phone’s operating costs in the comments and in a Reddit thread about the review.

In my second review about this phone, I went into more detail about how the phone’s sensors and accompanying applications aim for an unprecedented level of situational awareness.

Washington’s news-radio station interviewed me about the phone. (Tip: If you need to do a radio interview over the phone shortly after a baseball game, the steps in Yards Park that lead down to its “waterwall” make for a pretty quiet spot.)

I dug into BuzzFeed’s image-appropriation habits for this iPad/Kindle/Web publication. I expected to hear griping from photographers who had seen their work duplicated without permission, much less compensation; I and my editor Glenn Fleishman were surprised to get more appreciative responses. (The Magazine costs $1.99 a month to subscribe–an eminently reasonable price! It also lets authors repost their work elsewhere 30 days later, so look for the piece here in late May.)

Many recent phones, the Galaxy S 4 included, go beyond the “pixel density” of the iPhone’s Retina Display to pack in more resolution than you can hope to see without magnification. Why do manufacturers bother, and what could they have done with those engineering and manufacturing resources instead?

A stay with family last weekend yielded two items for this week’s column: one about Windows’ ill thought-out interface for changing how often you’ll have to enter your account password, another about the downsides of registry-cleaner apps.

By a huge margin, my most-read post on Sulia this week was a comparison of the purchase and service costs of the Galaxy S 4 on the big four carriers. I also complained about how difficult it can be to share that phone’s multimedia-enriched photos, endorsed using FlightAware to check for air-travel delays, implored America not to judge Washington by the White House Correspondents’ Association dinner, and wondered why company reps shy away from comments threads in stories about their employers or clients.

Updated 4/29 to fix an incomplete headline.

One of the less exciting but even less avoidable parts of my work as a journalist and a citizen of the Web is proper attribution. You can’t count on a tweet, a Facebook update or a blog post accurately identifying whoever first posted the fact, witticism, image or video in question; you have to keep clicking “via” and “source” links until you reach the headwaters of the story and can credit the author by name.

But everybody’s busy, especially in most newsrooms, and it’s easy to link to whoever brought something to your attention and leave it at that. I also often see sites reserve their attribution for a short, vague link that may not even be in the body of a story.

I had a reminder of this risk earlier this week. My review of the car2go service for Discovery featured a number I hadn’t seen before: the $578,000 this car-sharing service paid the District of Columbia to obtain free on-street parking for its Smart Fortwo vehicles.

(This did not require any great reporting. I only thought to inquire about that as I was finishing the post; after an amazingly efficient PR interaction, a program manager with D.C.’s Department of Transportation e-mailed the figure.)

John Hendel, who writes the TBDOnFoot blog for (what’s left of) the local-news site TBD, saw that and added more details about car2go’s deal with DDOT in a post that linked to mine. And then the Washington Post’s Mike DeBonis wrote a summary of the situation that credited Hendel for digging up the $578k number. Oops.

Things ended fine–I e-mailed DeBonis about it, he updated the post more prominently than I would have, we’re all good. But now I’m worrying if I myself have forgotten to credit somebody for a good quote or interesting factoid in any recent posts. If that somebody is you, please let me know. 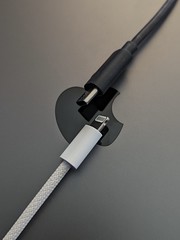