In addition to these two stories, I filed another that happens to be the first piece I’ve done for the client in question. That debut status means I can only guess if the editing will entail more or less punishment for my prose than it deserves.

I look at the near-absence of comments on an Apple-centric story–especially one finding fault, at length, with the company’s efforts–and I can only wonder what I did wrong. 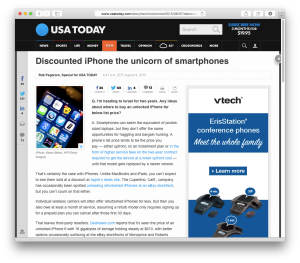 I had another topic in mind for this weekend’s column but couldn’t find the reader e-mail asking the question–either I deleted it by mistake or, more likely, my failure to flag it for follow-up combined with all the correspondence I get about Web ads made this message search-proof. (If you sent me a note about retargeted ads, this could be your e-mail; please re-send!) Anyway, as I was going through my inbox, one item at a time, to try to find that query, I came across a different reader question that I realized would also work for my Q&A column. 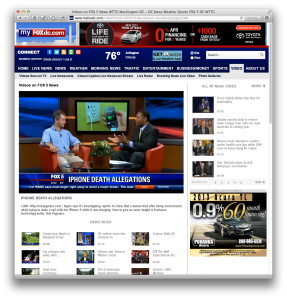