As a student of online retail, I’m occupationally obliged to try a newly-touted shopping option from a big-name retailer. And as one of the least efficient Home Depot shoppers ever born, I’ll do a lot to avoid walking up and down aisles for an hour to find a particular widget. 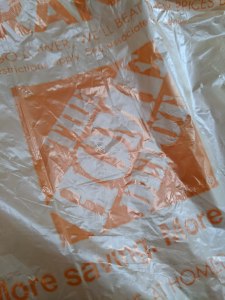 So when I realized I had an intersection of limited time for shopping with a growing to-do list of home repairs, I decided to take Home Depot up on its invitation to let the employees at the nearest location grab the items on my shopping list. I’d pay in advance, and then I could pick up my purchases on the way back from another errand I already had on my schedule.

Of course, none of that happened as I’d hoped.

The promised same-day pickup came and went, which I’d accepted upfront as a risk given the generalized logistical hell of life in the novel-coronavirus pandemic.

But after 48 hours with no update on what Home Depot had done with my money, I thought I should try to get an update. Texting the number on my e-mailed receipt, however, yielded this disheartening and unexplained auto-reply: “To support the high volume of help requests resulting from COVID-19, we have temporarily suspended messaging services.”

I tried calling next. After spending 25 minutes on hold, most of that featuring recorded reminders that I could order online and pick up in store, the call dropped. I also tried calling the store directly; after 11 minutes on hold, that call also went into the bit bucket. I tweeted my annoyance at this display of botched customer relationship management and moved on for the day.

Two days later, I must have been in a mood for more punishment, since I tried calling the Home Depot customer-service line again. This time, I only had to sit through 17 minutes of hold music before my call got dumped.

My tweet about this latest fascinating development drew the attention of one of Bernie Sanders’ more devout fans, and I spent the next few hours getting roasted for my alleged selfish disregard for the plight of Home Depot’s workers.

I thought I’d been pretty clear in trying to complain about a broken CRM stack that took customers’ money and offered no hint about when they’d get the items they’d tried to purchase. But I have been on Twitter way too long to be surprised to see context crumble there.

The next morning, Home Depot e-mailed to say that my same-day pickup was ready, a good five days after I’d clicked a purchase button. My receipt of this message was my cue to remember one item that I’d forgotten to put on this order, a short stretch of water hose to replace the leaking connector on a hose reel.

And then I waited until the next afternoon to stop by Home Depot’s Seven Corners location to pick up my purchases. On arriving there, I realized that the window-screen repair kit I’d ordered did not include the screen itself, just the frame. I could have known that in advance by, you know, reading the kit’s description online–but instead I had to spend a little more time meandering around the place.

Anyway, here’s the important part of the story: The employees in this store were great, as usual.