I changed smartphones this week without being forced to–my old phone hadn’t suffered any catastrophic failure or fallen into a weird cycle of malfunctions. Instead, I retired my first-generation Google Pixel because two years and change is a good run for a phone, and upgrading to a Pixel 3a with a better camera and superior network coverage would only cost $400 and change. 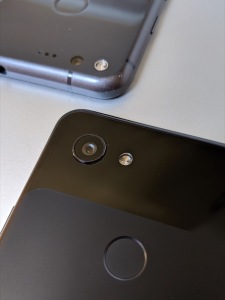 I could shop free of duress because my Pixel 1 has been the best smartphone I’ve ever owned. It’s taken a lot of great pictures, it’s had an almost-entirely crash-free existence, it’s benefited from every Google update almost as soon as each was released, its battery life has been fine (except for maybe the last few weeks, and obviously not at battery-devouring tech events like CES), and it’s survived multiple drops on hard floors that left all four corners scuffed.

The Pixel 3a I bought last week–after spending a couple of months trying out a loaner picked up at Google I/O in May–should share most of those virtues. It also cost about two-thirds the Pixel 1’s list price (although I was able to buy mine at a substantial discount when Google refunded the purchase price of the Nexus 5X that succumbed to a fatal bootloop cycle). And like the Pixel 1 but unlike the Pixel 2 and Pixel 3, this device includes a headphone jack, so I didn’t have to underwrite the gadget industry’s latest idiotic design-minimalism fetish.

The obvious upgrade with the 3a is its camera, which includes most of the optical hardware of the far more expensive Pixel 3. But because it also supports the low-frequency LTE band that T-Mobile has lit up over the past few years, this device should also deliver much better connectivity.

(I really hope I haven’t jinxed this purchase with the preceding two paragraphs.)

Finally, after struggling with earlier Android migrations, I have to give Google credit for easing this path. This time around, I only had to connect the two devices with a USB-C cable, start the migration process, and see some 13 minutes later that my app-icon layout had been copied over, after which I could sit through a tedious app-download process. That’s still not close to the simplicity of swapping iOS devices–like, why did my screen wallpaper not copy over?–but I’ll accept that added inconvenience if it means I can still have a phone with a headphone jack.