Since the issue of how journalists take notes during interviews has come up this week–courtesy of former New York Times executive editor Jill Abramson’s cringe-inducing declaration that “I’ve never recorded“–here’s how I capture quotes from an interview, a speech or a panel. 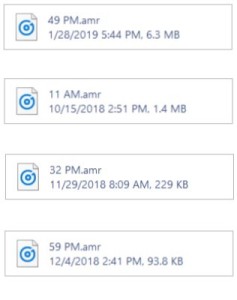 The usual answer involves a keyboard. For everyday note-taking, I type the most interesting sentences I hear into an Evernote file. That demands a certain amount of parallel processing, as one part of my brain decides if a sentence-like string of words is worth memorializing and another sends my fingers skittering across the keys, but it generally works for stories that don’t center on one person’s quotes.

I know that real-time transcription involves a risk of transposing a word here or there–it’s amazing how many places an adverb can land in a sentence–so I quote conservatively when writing.

If, however, I’m writing a story around an interview or a speech, I’ll record the whole thing while also taking notes in real-time. That’s a two-device proposition: While I type on my laptop, my phone is on the table or otherwise far enough away not to pick up my keystrokes.

(The one time I tried recording in Evernote on my laptop as I typed was a disaster, with the soundtrack of my keystrokes sounding like a herd of small animals running back and forth over the keyboard.)

If I’m covering a public speech or panel, I usually get the additional backup of streaming video of the event that I can replay afterwards.

I’ll also record instead of trying to jot down notes if I’m having a conversation with somebody while we both walk, as if we were in an Aaron Sorkin drama. Trying to take notes on my phone in that scenario invites typo-ridden notes at best, bumping into somebody at worst.

But while recording an interview ensures that I won’t miss a turn of phrase, it also at least doubles my writing time, since I need to play back the entire thing, usually more than once, to ensure I got the quotes correct. Automated transcription services–my friend Ron Miller is a huge fan of Otter, so I’ve now signed up for that–can speed the process, but I doubt I’d copy and paste from a machine-learning model’s transcript without a reality-check replay of the recording.

In all of these scenarios, the speaker in question can make the job easier or harder. Practiced orators who elocute in precisely-formed sentences are a pleasure to transcribe, while fast talkers and people who interleave their dependent and independent clauses escalate the difficulty level.

Or I can just do the interview via e-mail and not have to worry about any of this stuff.

1 thought on “How I turn notes into quotes”