Monday marked five years since I’d last been on the clock for an employer. The continued absence of a salary still doesn’t bother me. 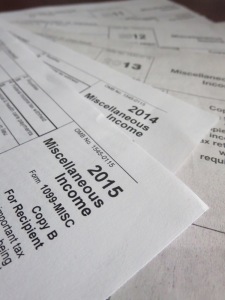 A lot has changed since the day that started with my failing to sleep in, then involved the hilarity of filing our taxes and ended with a few retellings of my what-happened story at an Online News Association meetup.

My top sources of income have changed almost every year, so I’ve gotten used to answering such vaguely existential questions as “where are you at?”

I’m no longer incompetent at accounting and have even gone back to doing our taxes, Schedule C and all.

I’ve traveled to places I might have never seen on the Post’s dime. I did enjoy marking the fifth anniversary of my independence in Hong Kong, although I can’t say the same about spending the preceding 16 hours in seat 21K. One contributing factor to all that travel: Sufficient practice at public speaking has begun to pay off with more invitations to moderate a panel or give a talk, and accepting them doesn’t require multiple layers of newsroom approval.

I’ve been able to say what I think on Twitter and Facebook without worrying about running afoul of some newsroom social-media policy intended to fool readers into thinking we have no opinions about what we cover.

And I don’t know if I can call myself a hustler, but I’m definitely a more aggressive capitalist than I was in 2011.

In an alternate universe flipped to a different page in this Choose Your Own Occupational Adventure book, I might have landed another full-time job. I half-expected that to happen within a few months of leaving the Post, but instead a variety of interesting freelance opportunities appeared and I chose to follow them. (Lesson learned that most people unfortunately can’t apply: It’s not that hard to start as a freelancer if you first hold down a column for a major newspaper for over a decade.)

I may yet regret going this route–yes, I have been following the news about Yahoo. But every new round of newsroom layoffs and every job-destroying pivot at a new-media startup reinforces my sense that having a full-time employer provides little more security than cultivating a good set of regular clients that can’t constitute a single point of income failure.

Check back in another five years, and I should be able to report if I was right about that.

3 thoughts on “Five years of not having a real job”