Ten days ago I upgraded my MacBook Air to Apple’s new OS X El Capitan, and a day later I did the same on this iMac. The experience has been a little rocky so far: 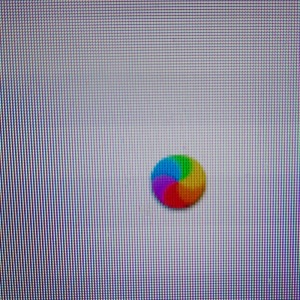 • I’m still seeing the spinning-beachball cursor way too often, and for steps that shouldn’t particularly tax either computer’s processor or flood its memory. Having it look different does not help.

• While Mail no longer randomly bounces me months back in a particular folder when I select it, it’s exhibiting a more annoying malfunction: When I move or delete messages in either of my Google Apps accounts, they pop back into their original inbox for a moment before being swept away a second or too later.

• Time Machine still can’t do math. On this iMac, it’s complaining that the backup volume is full–even after I’ve removed more than 150 gigabytes of data from its backup set. Dear Apple: I am not interested in buying a new hard drive because your backup utility doesn’t know how to subtract. 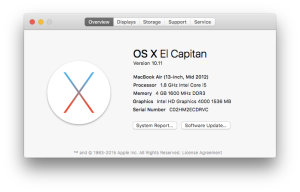 • Some random malfunction has caused every item in Address Book–both individual contacts and contacts groups–to get duplicated. I’m going to assume this is iCloud’s fault.

• Safari continues to randomly pop tabs into their own separate window. This bug has now persisted through different OS X releases, and I know I’m not the only one to complain about it. Alas, its cause and how to end it remain mysteries to me.

• Safari remains vulnerable to locking up the entire machine when Safari Web Content processes start to gobble memory; short of force-quitting Safari, my only remedy is to bring up Activity Monitor and force-quit the offenders, one at a time. But hey, at least I can finally silence the audio that started randomly playing in some other tab.

I had hoped that this deliberately incremental release of OS X would bring a renewed and overdue focus on software quality in OS X, but so far I’m not seeing it. Are you?