I took part in a panel discussion of the European Union’s “right to be forgotten” privacy directive earlier today, and it didn’t take long for the conversation to turn to one of the thornier aspects of that rule: How is any one company, even one with the resources of Google, going to adjudicate all of those requests? 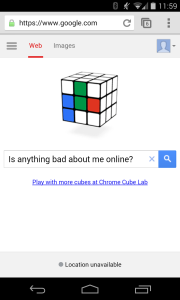 That’s turned out to be a much bigger problem than I’d feared when I covered this issue in a Yahoo Tech column in May. At the end of July, Google reported that it had received more than 91,000 requests from EU citizens asking to have particular links not shown in response to searches for their names. And many were sketchy in a way that wasn’t immediately obvious:

… we may not become aware of relevant context that would speak in favour of preserving the accessibility of a search result. An example would be a request to remove an old article about a person being convicted of a number of crimes in their teenage years, which omits that the old article has its relevance renewed due to a recent article about that person being convicted for similar crimes as an adult. Or a requester may not disclose a role they play in public life, for which their previous reported activities or political positions are highly relevant.

At the panel, I suggested there was only one fair way to resolve this, and I’ll expand on it here.

It’s clear that Google will have to research each “RtbF” request carefully to see if it falls under the EU’s exceptions for people in public life or whose activities would otherwise involve the public’s right to know. The history of search-engine abuse shows you can’t count on everybody to act ethically about their image online–and when that kind of manipulation goes uncaught by unscrupulous individuals, innocent people suffer.

But that’s not enough. Lest Google inadvertently hide material from somebody about to launch a business or a political campaign, it would be wise to check for evidence of any upcoming ventures into the public sphere by an individual. The history of “RtbF” abuse so far leaves little other choice.

EU citizens, in turn, deserve a timely response to their right-to-be-forgotten queries. The simplest way to do that for a company with Google’s search traffic and computing capabilities would be to do some advance work: It could merge its own records with other sources to determine which EU citizens clearly qualify as being in public life, which ones rank as private citizens and which ones seem likely to cross that threshold either way. To avoid unduly burdening smaller search sites also subject to the “right to be forgotten” directive, Google could allow them access to these records as well.

And so Google would come to protect the privacy of EU citizens by maintaining a massive database about them.

An extreme solution for a problem that can be solved by easier, simpler means in the real world? Yes, that’s my point.